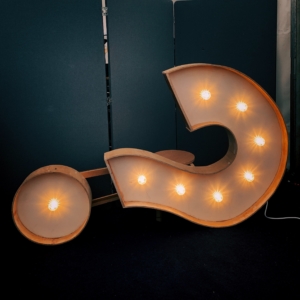 Visitors are not permitted to bring pets to the market or property. Service animals are always welcome of course.

What Are Your Hours?

The Market is open from 7:30 a.m. until the last vendor chooses to leave each Friday. Vendors make their own hours. Vendors tend to pack up after the crowds thin out in the afternoons. Peak market times tend to be early morning – mid-afternoon Fridays.

Many recall the heyday of enjoying an evening flea market under the lights. What they often fail to realize is that in those days vendors set up at noon or later. The nationwide trend to visit flea markets early in the morning “to get the best deals” invariably pushed opening times up to our current 7:30 a.m. start time which, of course, means that vendors are finished much earlier than they were in the past.

How Much Is It To Get a Space?

All this information on pricing for sale of products can be found by clicking this link .

When does the Flea Market Open for the Season?

We don’t have a “season.” We are here ALL YEAR ROUND with over 300 spaces indoors or under roof in all weather, and 1600 vendor spaces during the warmer/drier months. Even on a “slow day” we are bigger than most other markets.

Is Food Available at the Sale?

We have a variety of concessions on site during the busy season to serve you every treat from savory to sweet! You can find nearly any “fair food” from fruity fresh mason jar lemonade, fresh Amish doughnuts served warm, icy cold beverages, creamy ice cream treats, spicy sausage sandwiches, tangy barbecue, hand cut fries, world famous gyros, thick milkshakes, and so much more! If you need to sit a spell be sure to grab a seat in the Family Picnic Pavilion. The pavilion offers bench and picnic table seating in a shaded shelter for our valued guests. In addition to all this walk-up goodness, our on-site restaurant offers handmade goodness in a sit-down or carry-out environment and accepts credit cards! Grab a seat and rest your feet while you fuel up with some good eats!

Rogers Flea Market is not, in fact, a flea market belonging to Roger. Neither is there a Mr. Rogers. Well there IS a Mr. Rogers, but he is not affiliated with this market. Rogers Flea Market was founded by Emmet Baer in 1955, is run by the Baer Family today, and is named after the charmingly quaint village of Rogers, Ohio located nearby.

The Market was founded in 1955 around the auction – which occurred on site on Fridays. Vendors began setting up tables around Emmet and Lucille Baer’s thriving Friday auction to capture the crowd that attended.  Baer Auctioneers spent Saturdays working auctions at properties off site.

Today Rogers Award Winning Flea Market and Auctions attract up to 50,000 visitors on a *single* Friday during peak summer season.

In 2018 due to popular demand we added a handful of Saturday markets. We now offer Saturday Flea Markets on the FIRST SATURDAYS of the month of April – October. This smaller, Saturday market, has been a fun addition to the massive FRIDAY FLEA MARKET which began with Emmet and Lucille Baer in 1955.

We also hold an Almost Everything Auction on the Second Tuesday of every month year round.

Yes we are open "Some" Saturdays

The Friday Flea Market remains the core of our business – since 1955. However, in 2019 we began adding select Saturday markets at the request of both customers and vendors.

As of 2021 we plan to be open EVERY FRIDAY and the THE FIRST SATURDAY of the Months of April-October ONLY.

If you have specific questions about buying or selling on Saturdays please telephone (330) 227-3233.